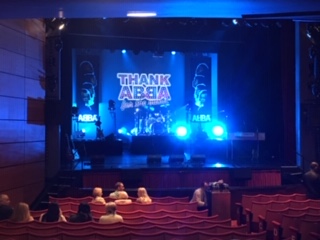 It was so good to work alongside the wonderful cast and crew of Thank Abba for the Music Theatre Show Production – They wanted their promotional video updating to promote their 2019 touring show so I did the filming and editing for them..

The venue was The Theatre Royal in St. Helens, Merseyside and it was packed out! The show was amazing and the audience loved every minute of it. I also filmed some voxpops as people left the theatre and everyone was buzzing about the show!