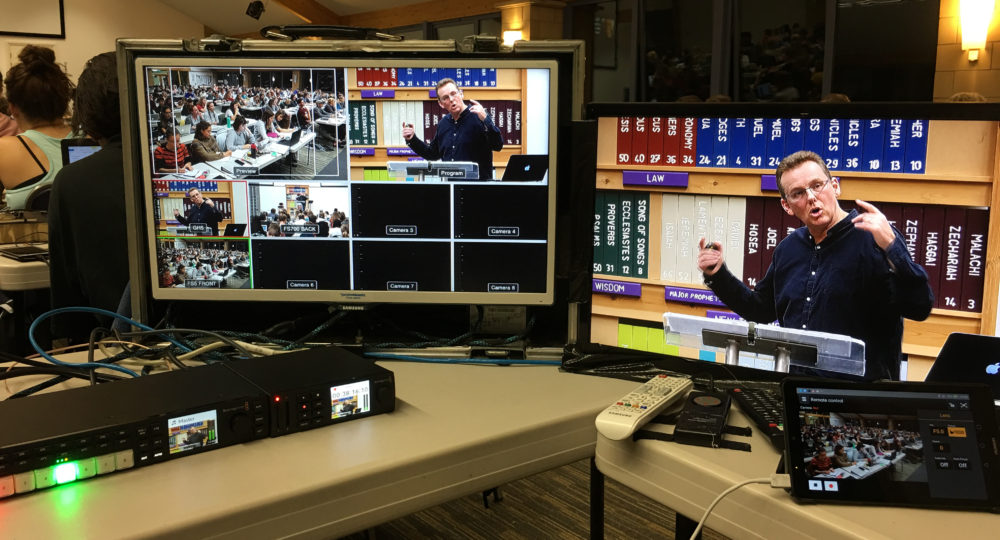 In January & February 2019, Purple Videos Ltd. were asked to film more lectures at Capernwray Hall, just outside of Carnforth in North West England.

The lectures were filmed and mixed live using 3 cameras and 2 of the lectures were streamed lived on the internet which was a first for me! People watched from all over in the world, with viewers tuning in to Youtube from places like Holland, America and even Ghana!

If you would be interested in having your event filmed on multiple cameras or have your conference streamed live, check out our streaming
page for more information.