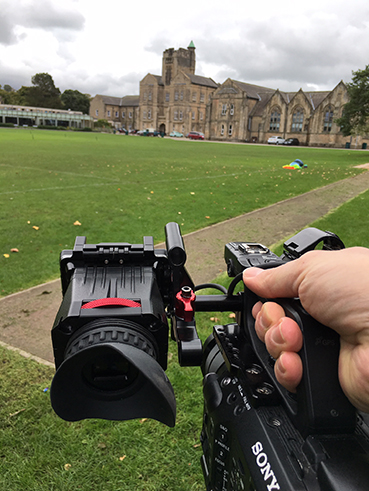 September means the start at a new school for many, especially the step up to high school. For the past few years, I’ve filmed the first day  for the new Year 7s at Ripley St. Thomas High School / Academy in Lancaster. It’s a pleasure to film at my old high school and see some of my old teachers!

I film them arriving early in the morning until they leave just after 3pm. The day includes their first assembly, form time, photographs, fingerprints and a few lessons!  It’s a really busy day for them and for me as I try and make sure each child is in the video.

During the filming, I interview some of the students to see how they are feeling as the day goes on.

DVDs are sold to the parents for fund raising for the Ripley Friends – The film will also be shown to the whole year group in Year 11 just before some of them leave! I’m sure that will be interesting viewing for them!